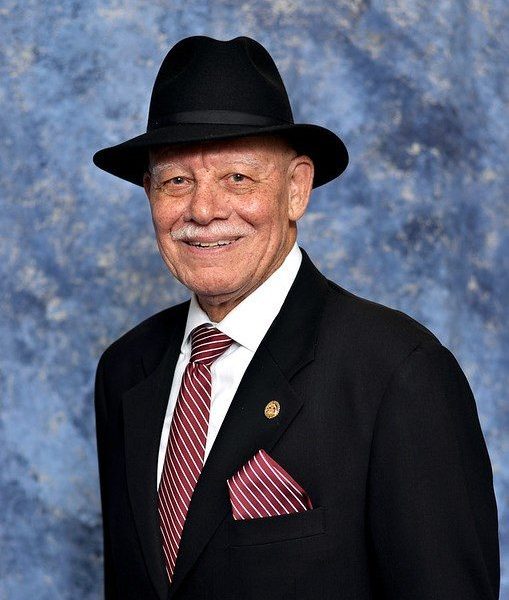 From 1998 through 2001, Brother Saulter served on the DeSoto (Texas) City Council after working the previous three years with the city’s Planning and Zoning Commission.

More about Brother Saulter in his own words:
“I retired this year from the U.S. Department of Labor as the Regional Administrator for the Southwest Region (Region 6), which is comprised of Texas and the four surrounding states of Arkansas, New Mexico, Louisiana, and Oklahoma. In that capacity, I served as the Senior Executive Official for the Occupational Safety and Health Administration in the U.S. Department of labor from 1978 until my retirement in 1995.

“Prior to serving in Dallas, I was the Regional Administrator in charge of Region 1 which includes the six New England States of Connecticut, Massachusetts, Maine, New Hampshire, Rhode Island and Vermont from 1976 through 1978.

“I have served as an International Representative for the U.S. Department of Labor in many International Conferences. These conferences included travel to Geneva, Switzerland; Kaduna, Africa; Paris, France; Tokyo, Japan, and Edmonton, Canada during my career with the U. S. Department of labor from 1971 through 1995.

“Before I began working for the U.S. Department of Labor, I worked 13 years in the Aerospace Industry as an electrical control systems engineer for the Boeing Aircraft Company in Seattle, Washington, and several other aerospace companies during the 1960s and 1970s.

“I graduated from the University of Washington in 1962 with a Bachelor of Science Degree in Electrical Engineering.

“I am happily married to the lovely Mae Frances Saulter; we have three children, four grandsons and one great-grandson between us. My current hobbies include chess and golf.”