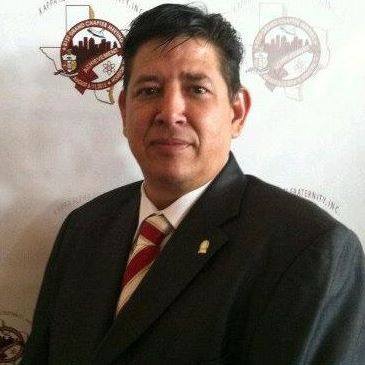 The Beginning
The Province came into existence early in the 20th century in a series of developments under a succession of Grand Polemarchs.

The Tenth Grand Chapter Meeting was held in Philadelphia, Pennsylvania on December 30, 1920, to January 1, 1921, with the Lambda and Epsilon Chapters as hosts. George F. David II, Grand Keeper of the Exchequer, became the first Grand Polemarch who had not been nurtured by the Alpha Chapter under the influence of the Founders. David’s election was crucial. However, there was no need to worry. His administration would, in part, reflect the thoroughness with which the Fraternity’s ideas had been transmitted. The Grand Polemarch’s grasp of the organization’s needs was manifest in his initial steps to satisfy them. His first step was to divide the Fraternity into supervisory districts, an idea given him by his father, then a presiding Elder of the AME Church, and a member of the Fraternity. The creation of these first three districts laid the groundwork for the creation of the Southwestern Province. 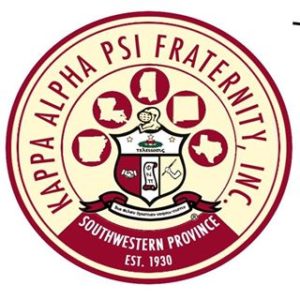 The Early Years
During the Fifteenth Grand Chapter at Columbia University, December 26-30, 1925, in his address to the convention, Grand Polemarch Earl B. Dickerson stressed that Kappa Alpha Psi was no longer a provincial organization of a few ambitious, callow youths within a single community; it was a national society of members who “walked the high road” in many cities and towns throughout the nation. Delegates passed resolutions reflecting the Grand Polemarch’s point of view. One resolution indicated that college fraternities must be active agents in creating better understanding among the nations and races of the world. Another resolution favored the extension of Kappa Alpha Psi into southern colleges. Moreover, the designations “Region” and “Regional Director” changed officially to “Province” and “Province Polemarch”. The seven new provinces created were the Eastern, the Middle Eastern, the Central, the Northwestern, the Western, the Great Lakes, and the Southern.

Delegates assembled in Detroit, Michigan for the Seventeenth Grand Chapter on December 25, 1927. Archie A. Alexander succeeded Earl B. Dickerson as Grand Polemarch and retained that office for three years, from 1927 to December of 1930. After accepting the office of Grand Polemarch, Alexander initiated legislation to appoint Province Polemarchs who would energize their provinces and extend the programs of Kappa Alpha Psi.

Further accomplishments resulted from the new legislation, leading to the ultimate establishment of the Southwestern Province. On March 30, 1928, the Marshall Alumni Chapter was chartered as the first chapter of Kappa Alpha Psi in the state of Texas. The chartering of the Houston Alumni Chapter followed on the next day, March 31, 1928.

Records show, in 1929, both Marshall Alumni and Houston Alumni were chapters of the Southern Province. The actual establishment date of the Southwestern Province, however, is unclear. But, its first Polemarch is known to be Dr. Oliver W. Phillips, who served from 1930-31. Brother Phillips was a charter member of Kappa Chapter in 1919 and a member of the Guide Right Commission in 1930. 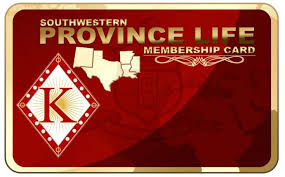 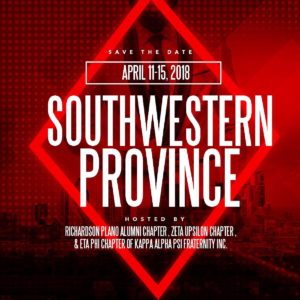 The Hilton Granite Park at The Boardwalk featured waterfront restaurants serving BBQ, Tex-Mex, sushi and craft beers. The hotel was within a two-mile radius of the North American headquarters of Toyota, the Stonebriar Center that has over 200 retail stores, Legacy West, the Shops of Legacy and the Star, which is the International headquarters of the five (5) time Superbowl Champion, Dallas Cowboys! We look forward to serving the MIGHTY Southwestern Province again.