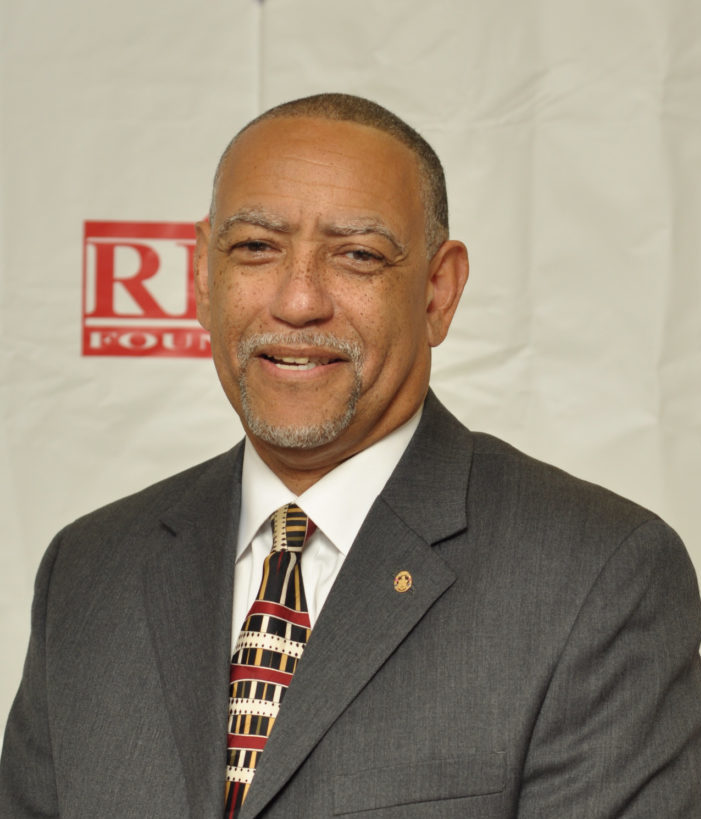 Brother Victor Russell was initiated into the Beta Eta Chapter (University of Cincinnati) of Kappa Alpha Psi on May 19, 1973, along with five other brothers on his line recognized as the “Black Scorpions.” It’s a day Brother Russell acknowledges as “one of the most exhilarating and rewarding experiences” of his life. He graduated from the University of Cincinnati in 1977 with a Bachelor of Arts in real estate and finance.

During his time as a resident of the Chicago metropolitan area, Brother Russell was an active member of the Maywood-Wheaton (IL) Alumni Chapter, where he applied his skill set in the areas of real estate and finance to assist the chapter. But it was upon his arrival to the Dallas-Fort Worth area in 1994 that he realized he could be of great assistance to the community.

“I immediately noticed several social and economic opportunities that could help transform the African America outlook on these cities,” he said. “The general condition of the business community throughout the Southwest was attempting to regain its status coming out of the United States savings and loan collapse. I called upon several creative ideas that I knew could develop through Kappa Alpha Psi Fraternity.” 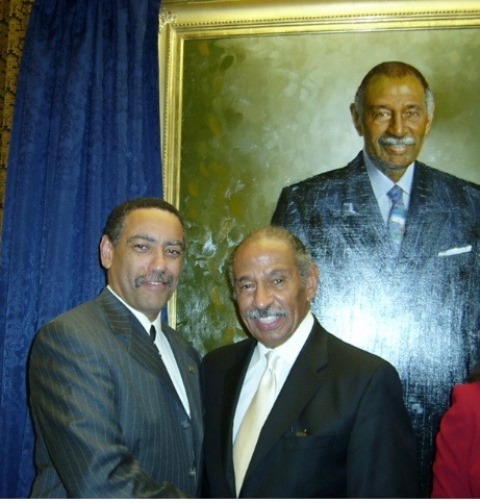 Now a member of the Richardson-Plano (TX) Alumni Chapter, the first thing on Russell’s agenda was to create a 501(c)(3) foundation that would specialize in multiple areas of philanthropy. That goal was accomplished in 1998 with the creation of the Richardson Plano Guide Right of which Brother Russell is a founding board member.

For all that Brother Russell has accomplished while a member of RPA, he vividly reflects on a moment in RPA history that involved the late Congressman from Michigan and Kappa Brother John Conyers during the celebration of the creation of the Richardson Plano Guide Right Foundation.

“Upon receiving the State of Texas’s initial approval in 1998, in preparation for the first-ever foundation event, we hosted a 500-plus person Black & White Ball in 1999 for the Richardson Plano Guide Right Foundation, cementing a new direction. This exceptional Black & White Ball covered a weekend of events and receptions,” Brother Russell said. “A team of RPA Brothers, community dignitaries, business partners, political, press, and on-air personalities, fellowshipped at one of the area’s most prestigious destination hotels, the InterContinental Hotel in Addison, Texas. Brother Congressman John Conyers headlined the Black and White in which a $10,000 check was presented on-air to the Tom Joyner Foundation to benefit HBCUs.”

From 2002 through 2003, Brother Russell lead the Richardson Plano Guide Right Foundation to look into the empowerment of financial strength in the African American community through Kappa Alpha Psi and the eight other National Panhellenic Conference Greek letter organizations. These relationships and tools produced the charting of the Kappa Alpha Psi Federal Credit Union on November 4, 2004, in Region IV of the National Credit Union Administration’s Southwest Region of America.

In honor of Brother Russell’s continued support of African American credit unions, minority banking, and financial institutions, on February 28, 2017, he was inducted into the 18th annual African-American Credit Union Coalition Hall of Fame. 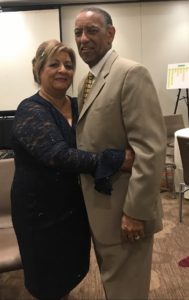 Brother Russell with his wife, Alma.

With over 40 years of entrepreneurial experience in the field of commercial real estate, Russell is Chairman, CEO and President of MMR Realty Advisors, LP in Carrollton, Texas. A firm he founded in 1998. He also serves as Managing Director for other business entities, including InterContinental Real Estate Partners, Texas Real Estate Hedge Fund, and Willow Bend Residential Mortgage, LLC.

As he closes in on his 50th anniversary as a member of Kappa Alpha Psi, Brother Russell has been a Life Member in the bond for over 35 years, is a Southwestern Province Life Member, and a member of the Senior Kappa Affairs Endowment Fund.

Born on September 8, 1954, Brother Russell prides himself on being a family man. He and his wife, Alma, of nearly 40 years, have three sons (John Martin, Daniel Victor, and Christopher James). They are members of the Grace Lutheran Church of Carrollton, Texas.