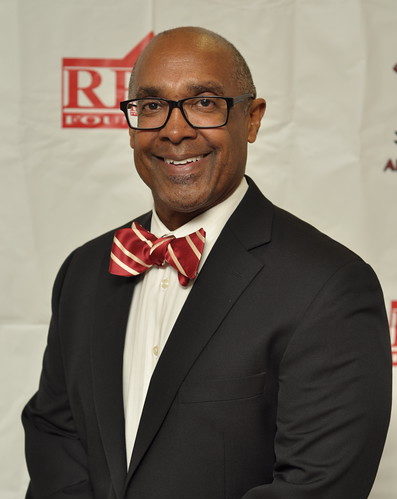 Brother Scott Kenney is an Olean, New York native, and was the Ace Klub of his line. He was a winter initiate on February 3, 1979, at the Eta Eta Chapter of Kappa Alpha Psi at the Kettering Institute. (formerly General Motors Institute)

GMI is a work/study program. During their first GMI work assignment as new initiates, Brother Kenney and a co-initiate visited the Buffalo Alumni Chapter who were in the process of reactivating the Phi Chapter at the State University of New York at Buffalo. After over 30 years, the State University System had recently rescinded its prohibition of Greek organizations on state campuses. They reviewed the intake program, made multiple program changes and fully participated in the intake process for the first line.

Brother Kenney earned a Bachelor of Business Administration from St Bonaventure University and spent seven years in the aerospace manufacturing industry. Subsequently, he attended Columbia University to earn an MBA and was elected to deliver the Business School student commencement address. Brother Kenney is a client service manager in financial service operations. He worked in the industry for over 25 years at such companies as Deutsche Bank, State Street, and JP Morgan.

Brother Kenney is motivated to work in the community. He participated in a program to take at-risk youth to New York, Junior Achievement’s JA in a Day which teaches money management, marketing, and global business to middle school students and has canvased for Get Out the Vote (GOTV) for years. Brother Kenney attends One Community Church. 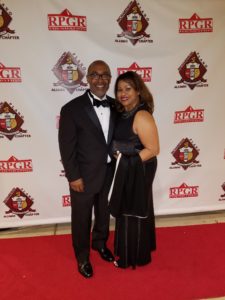 Brother Kenney with his Silhouette, Gail

He is not only committed to his career and his community, but Brother Kenney is a family man. He has been married to his Silhouette Gail for 33 years and has one child Alexander.

Previously, Brother Kenney was a member of the Jacksonville (FL) Alumni Chapter, where he served as the Assistant Keeper of Records and a member of the Board of Directors. He was also the co-project manager for the chapters Inaugural 5k Healthy, Fit, and Smart Family Run/Walk. The fundraising event has continued to grow and is now in its 7th year.

During his time in the Richardson-Plano (TX) Alumni Chapter, Brother Kenney participates in chapter events such as Minnie’s Food Pantry, RPA’s Annual Thanksgiving Basket giveaway, Annual Back to School Drive, Guide Right (Kappa League and STEM) activities, and as a stadium volunteer.

Brother Kenney is a member of the RPA Guide Right Foundation Board of Directors and the Achievement Committee. He has been a life member of Kappa Alpha Psi since 1994.