Brother Omar Landrum was the Deuce Klub for the 2010 intake for the Richardson-Plano (TX) Alumni Chapter. 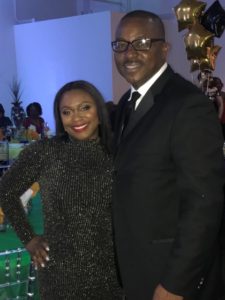 Brother Landrum with his Silhouette, Kimberly

He is a New Orleans native who earned a Bachelor of Arts degree in Elementary Education from Southern University at New Orleans.

Professionally, Brother Landrum works as a crisis negotiator with the Plano Police Department and – in the spirit of Black History Month – is the first African-American motorcycle officer in the department’s history. Additionally, Landrum is currently serving his first term on the Board of Trustees for the Melissa Independent School District.

As challenging and time consuming as his professional duties may be, Brother Landrum still finds time to give back to Kappa by serving as a guest speaker for Kappa League and assisting in fulfilling the community police meeting requirement for MTA. He has also participated in the RPA Thanksgiving basket drive and volunteered to help the chapter’s community partner, Minnie’s Food Pantry.

Outside of the chapter, Brother Landrum has served as a guest speaker at his church home, Shiloh Missionary Baptist Church (Plano, TX), and for the Collin County Alumni Chapter of Delta Sigma Theta’s youth program. He also conducts a ‘Youth Talk’ program that mentors young black males in the Melissa, Texas community on how to conduct themselves when encountered by law enforcement.

Brother Landrum was formerly a Louisiana State Trooper, assigned to Troop-B. And yet, another Black History note: he was the first African-American spokesperson for the LSP, Troop-B, conducting television, radio, and newspaper interviews with local, national and international media outlets.

Landrum’s Silhouette, Kimberly, is from St Louis. They have two children, Jason (17) and Brooklynn (11).