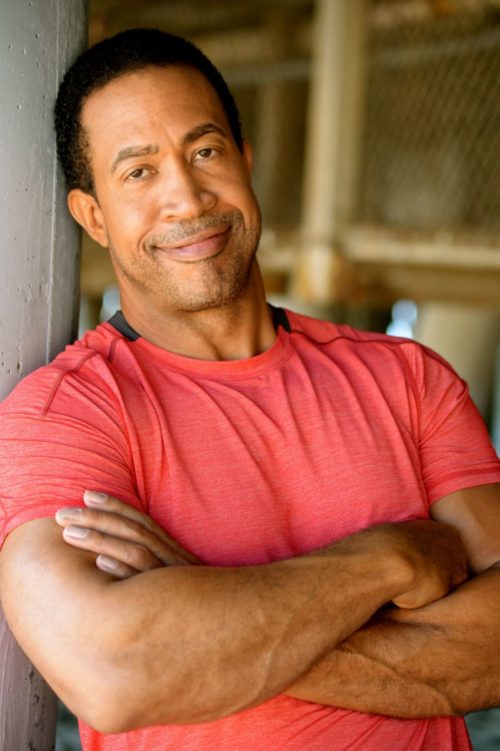 For 50 years now, Kappa League has been a premier program, instrumental in providing guidance for young men all over the country. Through Kappa League, a subsidiary of Kappa Alpha Psi’s Guide Right Program, since 1969, young men have been given mentoring and leadership training that has helped them become successful in high school and college. Now, another innovative program, Kappa League TV, is underway; utilizing the power of social media help tell the story of these young men, and a celebrity member of Kappa Alpha Psi is one of the leaders behind it.

Many of you may know John Marshall Jones for his television, film and stage career, but the critically acclaimed actor has now taken on a new role as Kappa League National Spokesman, and his first endeavor is the newest National Guide Right initiative, Kappa League TV.

Brother Jones is probably most recognized for his role in the mid-nineties sitcom, “Smart Guy,” starring actor Tahj Mowry as a 10-year-old genius who was skipped from 4th to 10th grade and the challenges that it created for him. Jones’s played his father, Floyd Henderson, a widowed single father and business owner. It was a groundbreaking show and he is proud of his part in it. “To my great pride, Smart Guy went out to 175 countries around the world, and still plays now; and so that image of the first-ever African-American genius on television, and his loving and protective, and competent father, went out to the entire world,” he said.

Early in his career, he was concerned about the images of Black men in the media, he recounted and decided to not portray negative images of Black men. “I wanted to have some input in creating some balance about the kinds of roles that we see African-Americans in, in mainstream media. Um, because most of it, when I came to Los Angeles, was really negative—Pimps, and pushers and drug dealers, what have you, and I just said, hey, I’m not gonna do any of that. I’m gonna do this positive stuff over here, because um, movies and TV shows get exported to the entire world, and for most of the world, we are what they see on TV.”

It’s a grassroots initiative that began in Los Angeles, which is also where in 1969, Kappa League was first conceived. Jones recalled, “I got together with a couple of brothers in LA, and we made a film to help Kappa League raise money, and that film was so successful, that it moved from LA Alumni to the Western Province, and finally showed at Grand Board meeting, and (in 2018) the board drafted me from there to be the National Spokesperson for Kappa League.” The ultimate goal, he said, is to help create the next generation of storytellers. They will have the skills to be able to capture what’s going on in their community, which can become a part of history. “We are going to be able to train these young men, to tell the story of the African American experience from their perspective so that nobody else can ever tell our story again.”

To be successful, Jones said, there needs to be 10 thousand subscribers to Kappa League TV, and he is calling on all members of the fraternity, and members of Guide Right/Kappa League and their families to act. “When we get to 10 thousand subscribers, YouTube will give us access to their 51-million-dollar studio, and we can start producing out of the YouTube studio. That will be a tremendous shot in the arm for this program…so, we need the support of the brothers to begin this movement towards creating this next generation of storytellers. We’d like to reach 10 thousand subscribers by the end of 2019,” he said. “The more content and clicks, the more we can collect advertising revenue, which means the more we can put into the Kappa League program.”

The format is simple. “We want the (90 second) videos to be a news report about your Kappa League activities…we want to know the amazing things that our Kappa Leaguers are doing, and we’d like for our reporters to be on camera in Kappa League formal (white shirt, maroon and gold bow tie, and jacket or sweater); and we’d like it to be well lit, and we’d like the sound to be extra clear,” he said. “The overall goal, with videos from all over the country, is to create a living library of the work of Kappa League, that will stand forever.”

With his first acting role at the age of 5 and a desire to make his father proud in pursuing it as a career, Jones wants to ensure all the young men in Kappa League benefit from his storytelling passion. He concluded, “What I’m doing is taking my skills as a filmmaker and a marketing executive and putting them to work for Kappa League through a venue called Kappa League TV…the most important thing we can do as mentors is to protect our children, until they can protect themselves, and so, we have to stay engaged.”