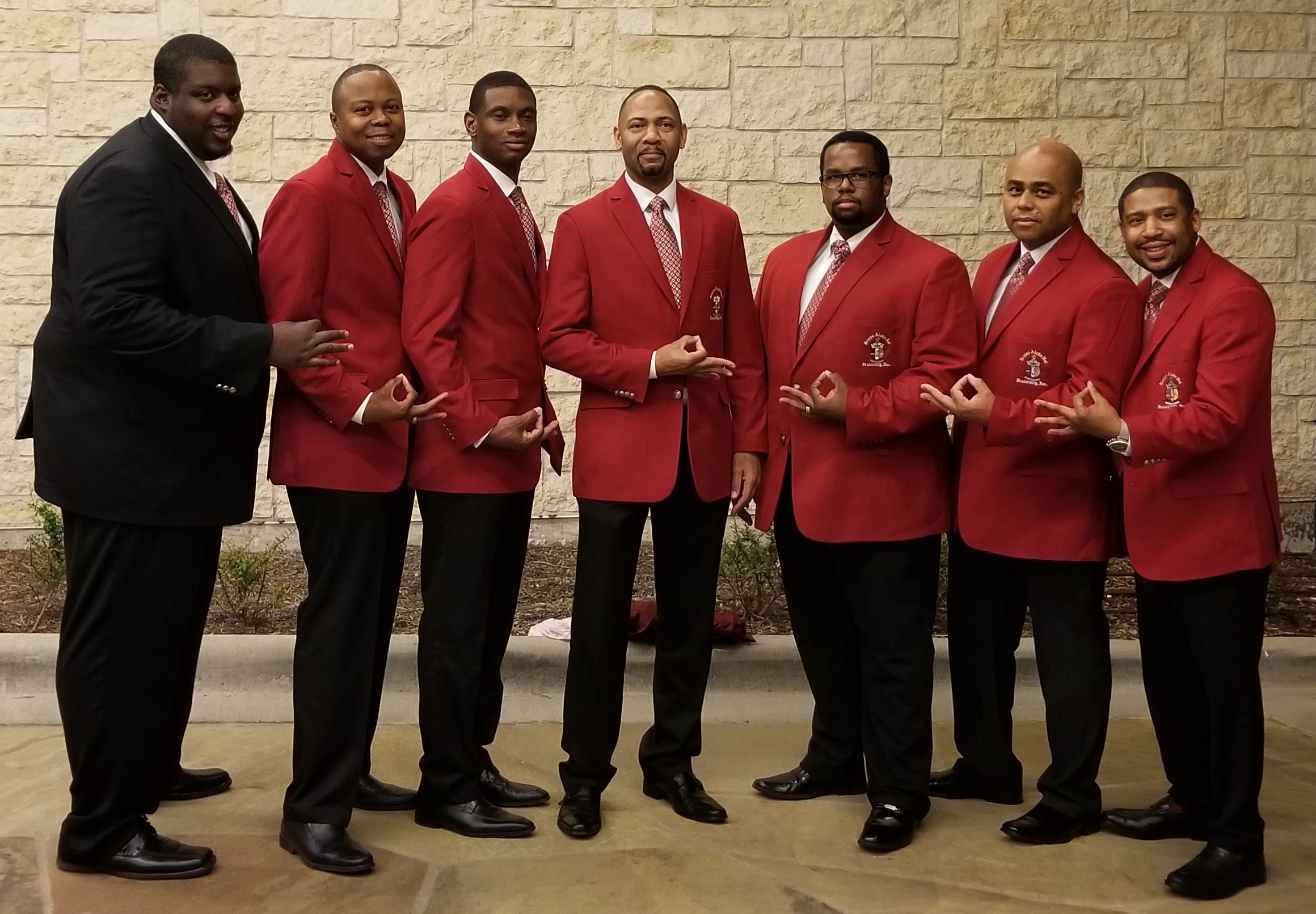 “Achievement in every field of human endeavor is our fraternity motto and is the litmus test used in selecting which candidates will become a part of our bond,” said Michael Whitaker, the chapter’s MTA Chairman. “Our new brothers have individually achieved in ways that will benefit our organization and the community greatly going forward.”

Gossett, a cloud sales executive, holds a business administration degree from the University of North Texas. Rashad is a digital publisher and founder of a technology startup with degrees from Grambling State University and DeVry University.

Sloan is a systems administrator and obtained a bachelor’s degree in computer information systems from Northwestern State University in Louisiana. Trimble is a fire protection engineer and holds an engineering degree from the University of Cincinnati.

A graduate of Texas A&M at Commerce, Thomas works as a software sales executive for a Fortune 500 company in Irving. McDaniel is a regional vice president of a major retail chain and holds degrees from the University of Texas at Austin and Regis University.

Brown, a University of Arkansas at Pine Bluff graduate, earned a degree in industrial technology and is a sales representative for an international food manufacturer.

About Kappa Alpha Psi Fraternity, Inc.
Kappa Alpha Psi is a college Greek-letter fraternity founded on the campus of Indiana University on Jan. 5, 1911 and is the second oldest existing collegiate historically Black Greek-letter fraternity in the United States. The Fraternity has over 125,000 members with 700 undergraduate and alumni chapters in nearly every state of the United States, and international chapters in Nigeria, South Africa, the West Indies, the United Kingdom, Germany, Korea and Japan.